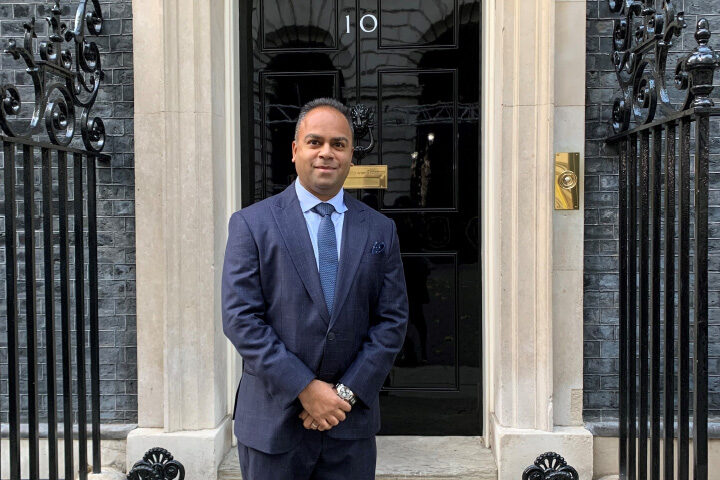 Kamal Pankhania: “It’s appropriate that the Chancellor lower the personal allowance threshold”
The leading entrepreneur reacts to the autumn statement by Jeremy Hunt

It’s no secret that these are difficult economic times for people around the country, and indeed across the world. Many of us are feeling the pinch as the war in Ukraine and its impacts on energy markets drive up inflation and the cost of living. The government’s response of supporting peoples’ energy bills is the correct one. However, such measures come at a price to the exchequer.

Faced with rising interest rates pushing up the cost of government borrowing and a ‘black hole’ in public spending, Jeremy Hunt had the difficult task of trying to square the circle and close the fiscal hole. On Thursday, the Chancellor announced a set of tax rises and real-terms spending cuts that will impact all of us.

Although freezing the personal allowance threshold will be difficult for many on lower incomes, it is appropriate that Hunt lower the threshold at which people start paying the top rate of income tax from £150k to £125k. As the Chancellor said in the chamber, he is “asking more from those who have more”, helping to ensure that those with the broadest shoulders carry the greatest load, whilst everybody in society contributes to supporting the UK’s recovery through this difficult economic time.

It is important that the Chancellor and the Prime Minister showed that the poorest will be supported by this budget. Increasing pensions and benefits in line with our extremely high levels of inflation, and raising the benefits cap, will be a vital relief to many of the poorest families who have been struggling.

Further investment in schools and hospitals was also welcome news. As a country, it is our duty to make sure that we can look after our sick and educate our children. The Chancellor’s plans to invest in the UK and to pledge £600bn in capital spending are also welcome. It is crucial for Britain’s future prosperity that our infrastructure and built environment are leading the world in their sophistication and development.

I was particularly pleased to hear the Chancellor’s pledge to spend billions on retrofitting buildings to make them more energy efficient. Lowering the carbon footprint of the built environment is crucial to supporting the UK’s energy independence, and in dramatically cutting families’ heating bills.

The Chancellor could have gone much further on housing, however. People need homes, and we are currently in the midst of a national housing shortage. Housebuilders need more incentivisation and support. Raising stamp duty after 2025 will inhibit new developments as fewer people will be able to afford to buy new homes.

The government should also invest in reforming and expanding its planning system. The Chancellor spoke of wanting to turn the UK into the next Silicon Valley. Introducing smart digital technologies and advanced AI processes could help dramatically increase the speed at which local authorities are able to resolve planning applications. Lengthy waiting periods serve to discourage housebuilding, ensuring that housing supply cannot keep up with demand and ever-growing numbers of people find it difficult to find safe, secure and affordable housing.

Planning reform to enable the private sector to stimulate the economy by the government stepping out of business’ way is a simple, low-cost way to get Britain building. The Treasury does not need to pay to reform the planning system, and such measures will help allow developers like Westcombe Group to stimulate growth through our projects.

By increasing the supply to address the housing shortage, more people will be able to move into affordable homes. This is something we’re encouraging with our housing association the Dholak Partnership, which provides affordable lettings for key workers, through which we are targeting over 500 people in the next five years. The more people that are able to move into such affordable housing, the less the government may need to spend on housing benefits. More homes are good for the people of Britain, and good for the government.

The Chancellor announced that the UK is in a recession, and it is clear that we are facing a difficult fiscal situation. He showed that the government understands the scale of the challenge, but that it is committed to supporting the most vulnerable as it enacts the necessary policies to help Britain recover. I wish him the best of luck.

This article was originally published by Eastern Eye